Ten years ago, BMTS Technology started a series production of turbochargers. This year, the company looks back with pride on what it has achieved so far.

In 2012, the first turbochargers for the VW 1.2l TSI rolled off the production line at the St. Michael plant in Austria. Shortly thereafter, other turbocharging systems for commercial vehicles followed. In a growing market previously dominated by American and Japanese manufacturers, the company founded in Stuttgart in 2008 ventured into the role of a challenger.

Just two years after the first start of production (SOP), the one millionth turbocharger rolled off the production line at the St. Michael plant, followed three years later by the five millionth and another three years later by the 10 millionth. This impressive ramp-up was widely recognized throughout the industry. In addition, the St. Michael plant mastered the industrialization of new technologies, such as the variable turbine FNT (Floating Nozzle Turbine) for gasoline engines and the unique 3D bearing, which is used, for example, in the BMTS fuel cell booster.

BMTS Technology has grown continuously over the past 10 years, expanding both its product portfolio and its customer base. It now has a global manufacturing network with plants in Europe, China, and North America and employs 1200 people. BMTS Technology is one of the leading suppliers of sophisticated turbocharging solutions, which are used in the engines of well-known automobile manufacturers in the passenger car and commercial vehicle sectors. In the future, the company will continue to contribute with its products to making modern propulsion systems more efficient. 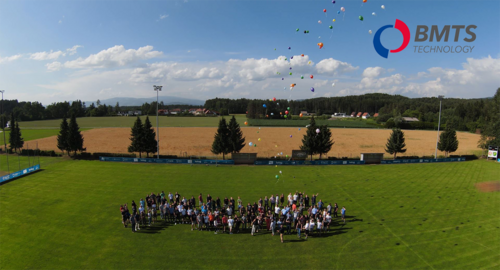